Y’all, I love Harry Potter. The movies were not my thing, but the books were my jam. I love being able to escape into a world of magic and possibilities where the good guys win and heroes can arise from the most unlikely of circumstances.

I have wanted to go to Harry Potter World since it opened, but it just never really worked out…until this past weekend.

I literally haven’t been to Universal Studios since I was a high school senior attending my own Gradbash celebration. Last weekend, however, that changed. Waring, Corie, Derrick and I led a group of our school’s seniors to the event to celebrate their upcoming graduation. After 7pm it was just seniors and their chaperones in the park AND chaperones got fastpasses to ride all of the rides for the whole night AND tons of food and snacks!

Harry Potter World was as truly magical as I had hoped and the rides were so much fun. I felt like I was back in middle school! Corie and I even went to Olivander’s and had our wands choose us (twin dragon heartstrings)! 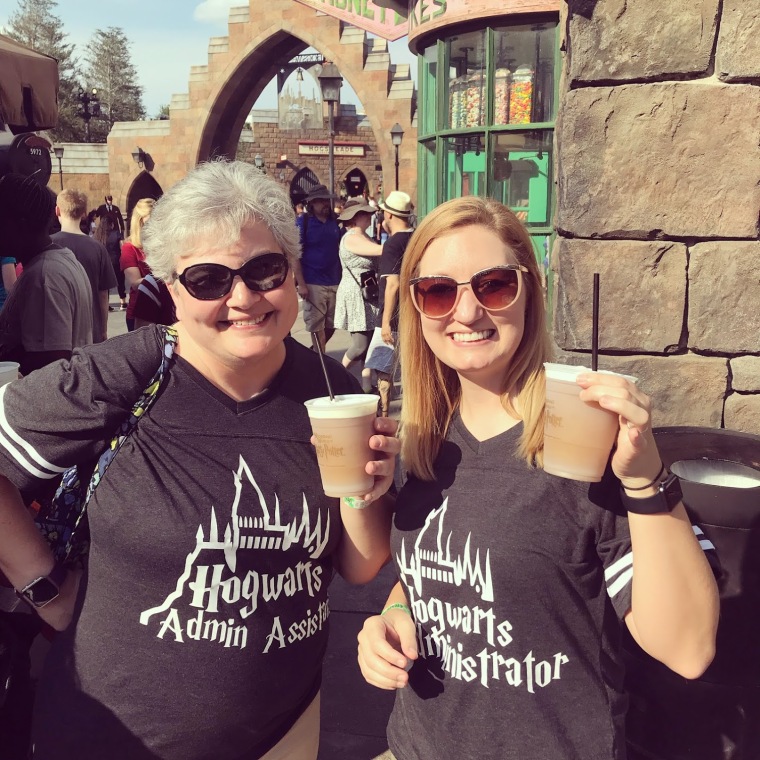